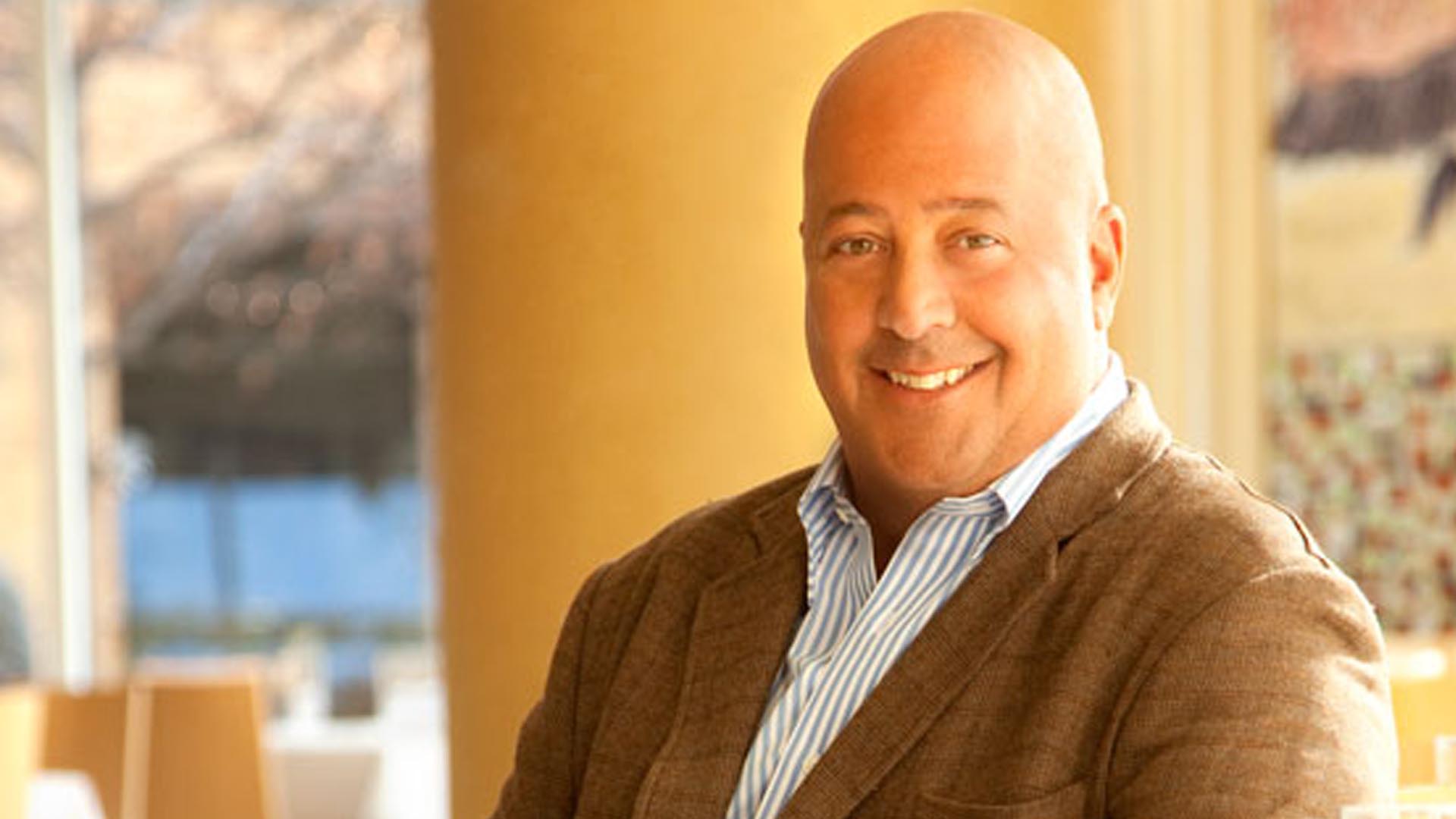 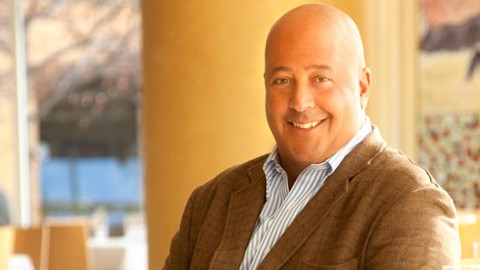 Hi Reddit, My name is Andrew Zimmern and I am host of Travel Channel’s Bizarre Foods. I’m currently working on an amazing campaign with Prizeo to raise money for Services for the UnderServed. You can help out here: www.prizeo.com/andrew

You also have the chance to win a trip for two to join me in NYC and sit with me at my table at the SUS celebrity dinner!

What is something that you have not tried that you would like to try?

There are thousands of animal and plant species that I haven’t tasted just in the same way that I’ve been to 100 countries, but still have a long way to go before I’ve seen the world. The fun part is the journey.

Will international episodes of Bizarre Foods ever be produced again? Bizarre Foods America is fun and all, but nothing compares to the weirdness of the stuff you eat abroad.

We are shooting them right now.

What is your favorite foreign ice cream you’ve ever tasted?

The hand-pounded lemon ice at the Souk in Aleppo, Syria was the best frozen dessert of any type I’ve ever eaten. Sadly, after a 500-year run, that business was bombed out of existence a year ago.

Who do you think is the more adventurous eater; you or Bear Grylls? Would you go on a Man vs. Wild adventure with him?

Me, not even close. I would love to do a show with Bear. He and I have talked about it. I know he feels the same way. The great thing about Bear as a dining companion is he’s not afraid to try anything.

I’m 52 years old. I grew up watching every Star Trek that ever aired. James Tiberius Kirk is in a league all his own. Star Wars changed so many ways in which we create media and watching those movies with my young son has been one of the great thrills of fatherhood. Too hard to choose.

What are your thoughts on lab grown meat?

A necessary scientific experiment that someday might yield some positive results. This type of research is crucial. I have tasted plant-based lab created egg recently and been very impressed.

What’s the best meal you have ever eaten?

The one I have in my house every time I come home from a long trip.

What do you think of the FAO report that suggests that insects will be fundamental in feeding all of the world’s population? Do you think insects will ever be accepted as normal food in the western world?

It’s crucial that we expand our food horizons to account for the massive problems we face over the next 50 years in trying to feed our hungry planet. There are many insects that are delicious, nutritious and represent full-circle sustainability. I’ve based much of my work of the last 10 years in trying to move people away from the awful habit of practicing contempt prior to investigation.

What is the most unsuspectingly beautiful location that you’ve been to?

Who would win in a street fight between you and Anthony Bourdain?

That’s a great question. Tony is a badass motherfucker… and lately, he’s been getting MMA lessons from his fight-professional wife, Ottavia. I don’t like anybody’s chances against a trained fighter who is 6’4″, 235 lbs… All of that being said, I would never bet against myself, anywhere, anytime in any alley. Just ask my martial arts coach, Tiger Chen, he’ll vouch for me. However, I would never fight one of my friends. The question you want to ask is who would Tony and I take out in a tag-team match…discuss!

Do you trust Yelp reviews when you go somewhere to eat?

Never. Yelp to me is worthless. If I am going to eat in Cleveland, I will throw out a question on Facebook and Twitter, and trust the responses from the culinarians who live and work in those cities.

What is one thng that you have eaten abroad that you wished was more common in the US?

What is your favorite up-and-coming food town in America?

Mr. Zimmern you are a Minnesotan, what is your favorite Minnesota eatery and what community is it in?

I live in Minneapolis and I wish I got to eat out in my hometown as much as I get to dine on the road. Piccolo and La Belle Vie are my two favorite restaurants in the Twin Cities. There are a dozen more that could put into that conversation. Check out AndrewZimmern.com. We have a great list of local restaurants that I like.

How long do you typically stay in a destination while filming? Is it all business or do you and the crew get a day to sight-see?

It’s all business. We work 14-hour days. A show takes between 5 and 9 days to complete.

Are you ever in any danger in certain places you go? Like is there a threat that something could kill you at any moment?

Yes, many times I would rather be a polite guest than a dorky TV food guy who makes a joke at somebody else’s expense. In our show, many times, a family will part with one-third of their net worth just to feed us. How could I do anything other than clean my plate and graciously say thank you?

I love food that is served quickly. If you are talking about McDonald’s, Burger King, KFC, etc., the answer is no. I would say I end up eating a McDonald’s hamburger once a year simply out of horrific circumstance, and I always regret it.

Has there ever been a location where you felt it wasn’t completely safe, despite it appearing so to the viewers?

In fact, this is often the case. Many times we acknowledge in the show that some circumstances are unsafe, but most of the time we’d rather spend our airtime telling the stories we went there to tell. Making TV is a privilege, but it’s often risky business.

What smells the worst but tastes the best?

Great question. Overly-ripe cheeses. A great example is decomposing 60-to-90 day-old Limburger cheese. When cheese is ripened perfectly, it can smell funkier and funkier, but still taste awesome.

Was there ever something in your travels that you refused to eat?

Yes. I’m not stupid. Rotted food that is guaranteed to put me in the hospital is something I try to avoid. It’s why in Thailand I skipped the day-old placenta in the jungle market, but ate the fresh one-minute old placenta at Seabreeze Farm.

Do you have a medical crew with you/antibiotics everywhere you go?

Yes, and a hazmat team.

If you were forced to eat the food of only a single, distinct culture or geographical region (outside North America, let’s say) for the rest of your life, which would you choose?

Dead heat between Chinese and Japanese.

What/where was the worst case of food poisoning you can remember?

Worst case was in Portland, Maine eating mussels at a crappy restaurant that I shouldn’t have been eating in in the first place. On the road, in the third and fourth world I have not gotten sick.

Have you ever eaten an endangered or otherwise threatened animal? If not, have you ever turned down such an opportunity, and what was it?

Never knowingly. Sometimes I can’t vouch for what’s in the stewpot in tiny roadside food stalls in the middle of the African countryside.

What’s the most misunderstood foreign dish among Americans?

Goat and small fish with the heads still on them. This seems like an easy answer, but it is universally true that we lack the fundamental understanding required to expand our diet to even the most obvious “next” protein choices.

Possibly controversial, but are you happy with only traveling in the U.S. for your show?

No, I don’t like the idea of being just a domestic show or just an international show. I’d like to simply do the same show wherever the best stories take me.

What is your favorite weird/unconventional food? Did you like it the first time you tried it, or did you have to develop a taste for it?

I never think of food or my tastes in the way the question was intended. Like a musician who has played an instrument well since childhood, I can’t ever remember a time when I wasn’t happy to try new foods, and generally delighted with most of them. The biggest barrier to exploring new foods is our personal psychology.

Would you rather eat 1 horse-sized duck or 100 duck-sized horses?

I would rather have a nice mixed grill that includes both horse and duck, two of my favorite meats.