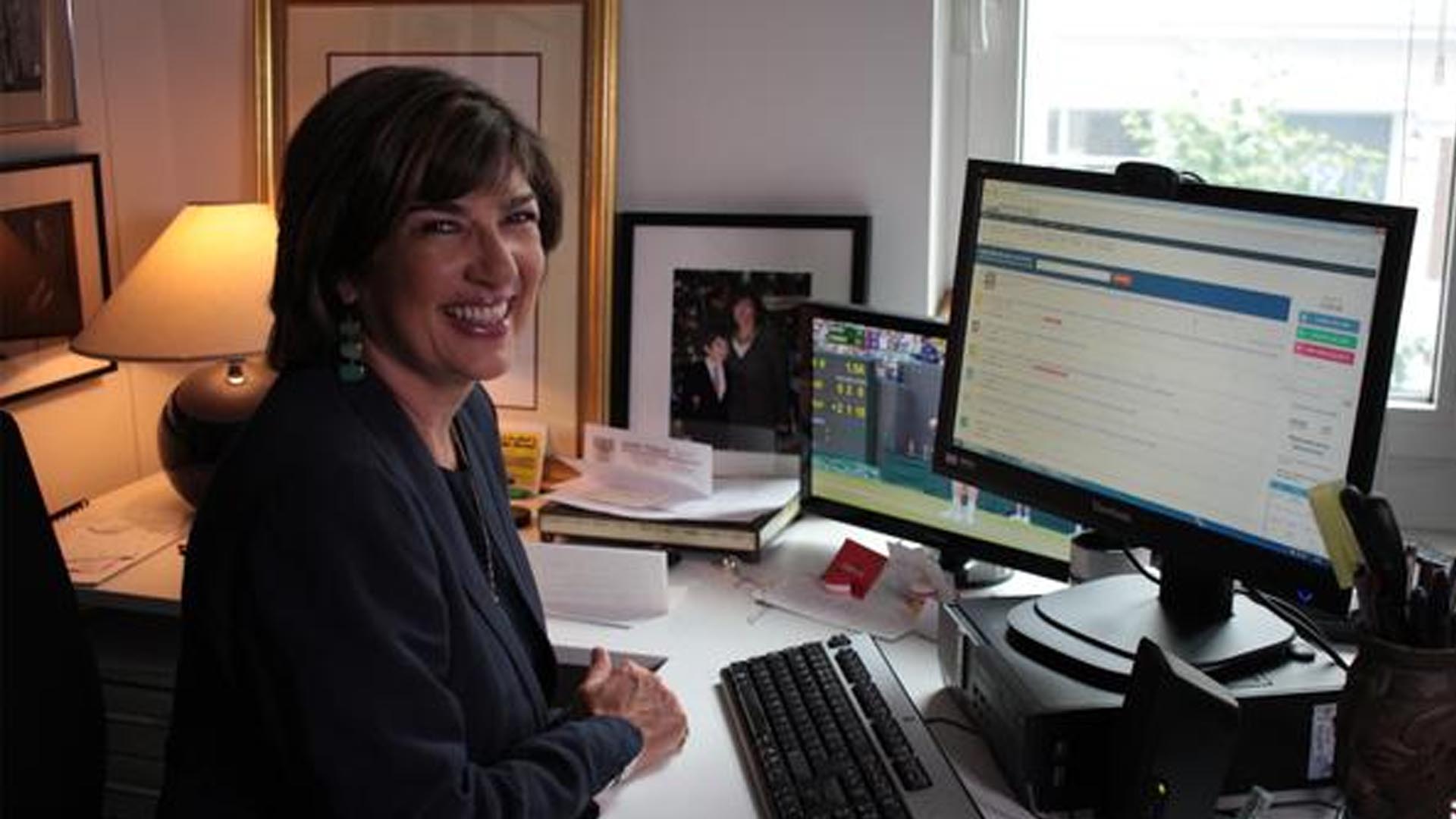 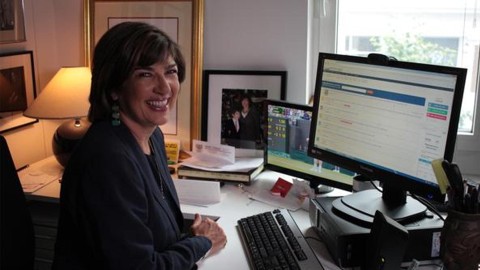 I started at CNN in 1983 (on the international desk) and have covered almost every major international story since then: The first gulf war, the Bosnian war, the Rwandan genocide, the wars in Iraq and Afghanistan, and more recently the wars in Syria and Ukraine.

From ISIS to the Iranian nuclear talks, journalism to equal rights for women, AMA!

Do or have you experienced censorship from the US government? How did or does it affect your reporting?

When you cover the military at war, you go in knowing that there are certain things you can’t tell in real time, like precise locations, numbers of troops, etc. This is in order not to put them, and us, in danger. Especially in our age of 24/7 media, people can see you in real time, whenever, wherever.

I accept those safety restrictions, but I do not accept restrictions for any editorial reasons or the like.

Do you feel that growing up in Iran and having an Iranian father helped you in your career?

Yeah I think it helped me — the fact that I grew up in Iran, had an Iranian father and British mother, and traveled the world and saw all sorts of different religions and political systems as a young girl. It helped me understand the world, all its complexities, and the fact that where there’s a will, we can get along.

What are the international consequences of Hungary’s hostile politics against the immigrants?

Adel, I have been covering the migrant crisis a great deal on my program. I even went out on the Med with the Italian navy, and we watched them rescue 300 refugees (link: http://edition.cnn.com/2015/05/20/world/amanpour-mediterranean-migrant-rescue/index.html).

Europe is a rich continent despite its many challenges, especially at the moment. Many of these young migrants come with valuable skills needed in our graying societies and our job markets.

I worry that the populist politics of division — not only in Hungary but in many of our European nations — trample people’s human rights and give a false narrative. Experts tell me Europe is not being over-run by migrant hordes.

Who do you have yet to interview that you would like to?

Do you, as a journalist, get used to war? After witnessing Bosnia, Rwanda and so other conflicts around the globe, do people’s stories and tragedies still strike you the way they used to?

You never get used to war. And people’s sad stories still strike me. Especially since becoming a mother I’m even more committed to telling these stories, and hoping that one day there will be more peace than war for our children’s generation.

There’s a reel of your reporting highlights out there — all kinds of crap is blowing up behind you in the background, you’re in the midst of war zones, and you’re basically kicking ass and taking names. You didn’t look afraid… but were you? How do you mentally prepare yourself to enter dangerous situations?

I’ve been doing this for 25 years … I’m sure I was afraid at the beginning.

But like any professional who practices and trains, you learn how to deal with these situations, how to win, and how to manage your fear so that it doesn’t affect your ability to do the job.

Were you, as a Middle East expert, surprised at the sudden expansion of ISIS last year?

ISIS took a lot people by surprise. But since they’ve overrun Mosul last year, their agenda has been clear. As their rhetoric states, they want to build a caliphate. And the problem is, unlike al Qaeda, they have territory. Al Qaeda never had territory. They have territory in Syria and Iraq.

The string of atrocities that culminated in the unconscionable attack on Tunisians sands forces us to confront the fact that they are at war with us (whether Christian, Muslim, Jew…), and we need to muster every resource to defeat them.

How hard was it for the Gilmore Girls team to convince you to do a cameo, and did you enjoy your time on the set?

How do you feel that journalism has shifted from when you started working in International news in the 1980s to today – taking into account blogging and the way that news has shifted to the model of much being available for free on the internet? Do you feel that the standards of journalism are slipping, and if so, what can be done practically to raise them?

Good journalism hasn’t shifted and disappeared and there are plenty of good journalists out there, at CNN and at many other organizations, who believe in going to where the story is and doing what journalists have done for millennia: Asking the questions, taking the pictures, being the eyes and ears of our readers, viewers, etc. Our historic mandate as journalists has always been to seek the truth, to get it right, and to explain what’s happening in the world. More and more print organization are putting their product behind paywalls, precisely to preserve resources and ability to continue good journalism. Standards have always been fungible among the outliers. There will always be people who weigh in, some with very valuable perspectives, and some with their own agendas. Our job as a recognized brand is to give you the security of knowing what you get when you come to us.

One of my favorite leaders to interview of all time was the late King Hussein of Jordan. He had a way of treating journalists with respect, and at least making them believe he took them seriously! Truthfully, he was n incredibly brave and visionary leader, made peace with Israel, and was a strong anchor in the volatile Middle East.

I liked many others, but I’m certainly not going to say which ones I didn’t like! Although the late Yugoslav President Slobodan Milošević was not my favorite, given what I witnessed him orchestrate in Bosnia, and what I what I saw him try to get away with in Kosovo.

You’ve covered so many major international stories throughout your career. Which one did you enjoy covering the most, and why? Also, what advice do you have for budding international journos (especially in the ever-changing journalism landscape)?

I’ve enjoyed almost all the stories I’ve covered. But I think the most important work I’ve done was covering Bosnia in the 90s, and I’m going back to Srebrenica next weekend to cover the 20th anniversary of the massacre, which was the worst in Europe since WWII, and which to the world powers finally coming in to the end brutal Bosnian war.

My advice is to go to where the stories are. But don’t assume you can be a foreign correspondent from the get-go. A lot of training, a lot of hard work, a lot of climbing up the ladder is necessary so you get the experience and competence you need.

If you and Anderson Cooper had a bare knuckle boxing match who would win?

We live in a world where there are double standards applied to men and women in every aspect of life, in every country, on every continent.

That’s the sad fact, and I try to use my influence as a successful woman to highlight the need for equal treatment of men and women.

I myself have not felt in danger because I’m a woman. And actually, in many of the stories I’ve covered, I’ve found being a female reporter was beneficial.

But, as I say, I am constantly aware of the terrible unfairness shown to women in the job market — for instance, not getting equal pay for equal play — and in many parts of the world women are assaulted, abused, their rights are trampled on.

If you get to interview the Creator, and you only have one question to ask, what would it be?

I think I would ask, “What would you tell all the men, women, and children, about risking and ruining our beautiful planet?”

And almost forgot: All the nature films that David Attenborough does. I grew up on nature films, because my dad adored them and made us watch!

What is your favorite flavor of ice cream?