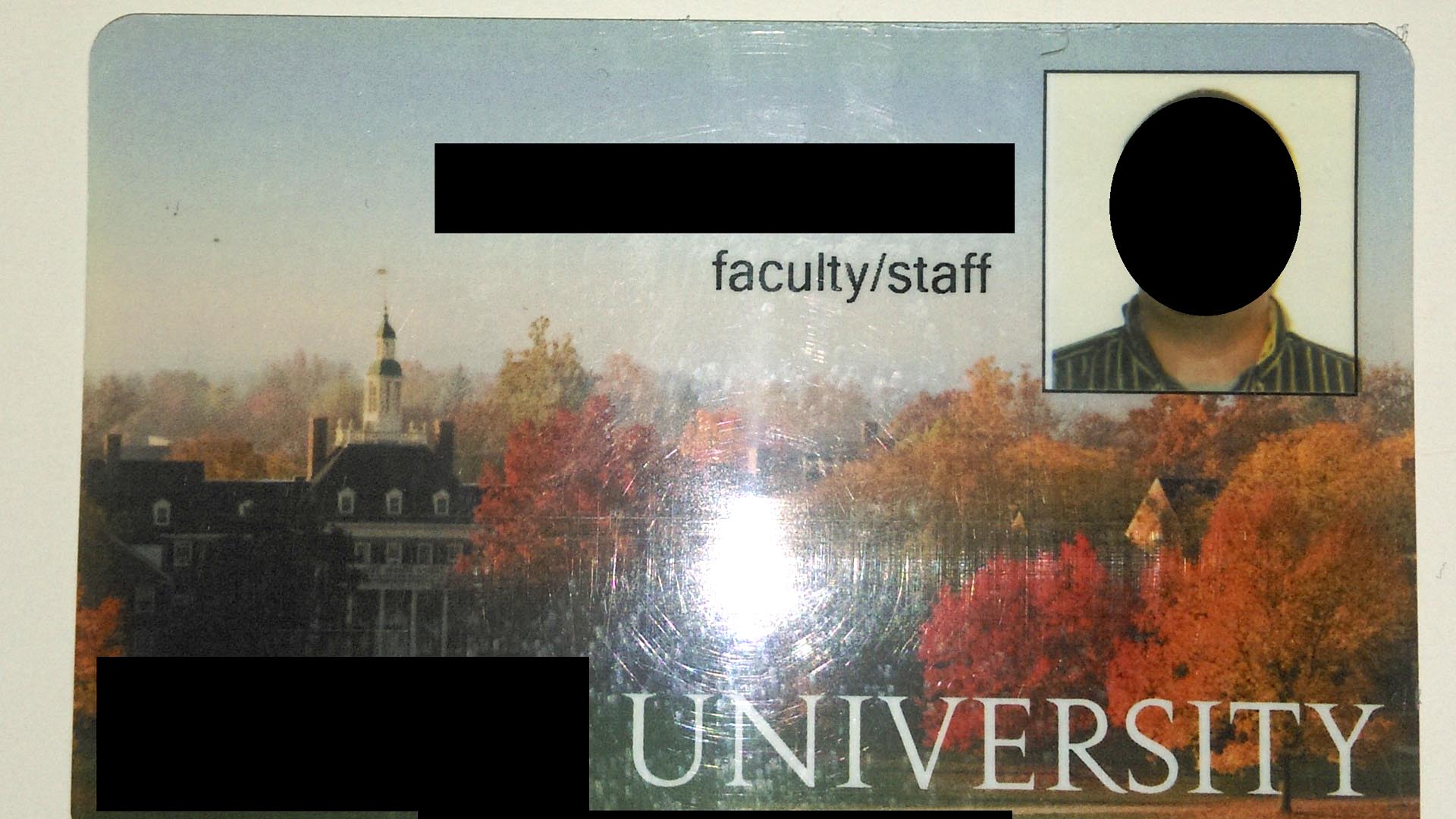 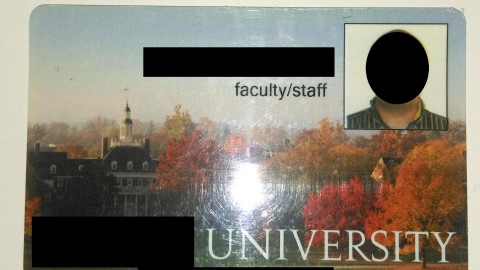 I’m a janitor at one of the biggest party colleges in the country. I’ve seen some shit. AMA.

EDIT – Quick lesson in vernacular. Janitor is someone whose job is to primarily clean his area. Custodians are responsible for cleaning and maintenance of the area. The more you know!

What’s the nastiest and/or weirdest shit you’ve had to clean up?

Sit down, young Robert. Let me regale you with a story.

When I was just a young buck, nary at my job for a month, I encountered a snail trail most peculiar. I follow this trail to a study cubicle where I can only guess a woman was mutilated. The chair was covered with dark, sticky blood.Strange, I thought. I followed the trail the other way. As you might have predicted, the trail led to the restroom. Inside, I found what can only be described as the aftermath of the Elevator Scene from the Shining.

And the SMELL. I cannot even describe it. The handicap bathroom had no ventilation to speak of. In the middle of the carnage was a single pair of women’s panties. The kind you wear when you expect to get laid.

I closed the door, went calmly into the men’s room, and cursed the world for my cruel fate. Then I got my cart, a mop bucket, my PPE, and got the fuck to work because that’s what I get paid for.

TL;DR – Some girl got an insane period and left a snail trail to the restroom, where I can only guess she exploded.

How many sets of tits have you seen on campus during your time on the job?

I was scheduled to clean the women’s locker room and two students were taking showers that ran past closing time. I was already in there working when they got out.

It was a good day.

How does one become a janitor?

You must make a perilous journey across the Yellow Sea to a remote village that has no name, talk to a one-eyed man who will give you a branch to a sacred willow tree. You then will climb a mountain three days west of that village and find the tree that branch came from. That is where you will claim your Mop of Glory.

Or you could apply somewhere and say you don’t puke when you see gross shit.

Did you put this penny in the door?

If I find out it was you… I’m coming for you.

I’M LOOKING AT YOU, /u/zachinoz!

Who has more disgusting bathrooms, men or women?

When they shower they’ll pull their tampons out and throw them all willy nilly to some forgotten corner, only to be discovered hours later by some janitor who only found it by smell.

They shit in the showers WHO EVEN SHITS IN THE SHOWERS ANYWAYS and don’t even bother waffle stomping it.

Do you work in housing? I know that before I transferred to a quieter area, the building I was in was high traffic and bathrooms took way longer.

I used to. I’m currently at the Rec Center, which is the ideal place to be in our department.

It’s the exact same in Housing here. You have to work around the students. But sometimes you can’t because of the traffic, and you have to close off a bathroom because there’s not other way to get in there otherwise.

Has there ever been something so disgusting that you were like “Fuck it, I’m out”?

When I was located in the female dorms, there was a girl who would puke into trash bags whenever she showered. She would then leave these bags in the floor. One day I went to pick them up and they busted all down my arms and my front.

Whats one of the most surprising things to happen on the job?

A student walked up to me, shook my hand, and thanked me for doing my job. My school is a rich white kid school, where 95% of the kids are going on daddy’s money and have never worked a day in their lives. For one of them to do that kind of surprised me. I won’t forget it.

Is it odd to clean your house after cleaning for a living?

It’s actually pretty common for someone of a certain profession to avoid what they do at their job while at home. I think there’s a term for it.

I don’t apply though. I’m a neat freak at home.

Do you have one of those “Brian from breakfast club” type of student friends who comes to you for advice? Or maybe like the relationship in Ned’s Declassified?

I have to admit… I have no idea what you’re talking about. But I think I get the jist.

I had one student who befriended me because I wore my N7 hat to work one day. We would talk about video games whenever he saw me.

He graduated last year. I miss him.

Do you ever feel like some janitor from a movie, when it’s quiet and you’re lost in unrelated thoughts? Is there a certain romance to it when the first people arrive in the morning as your shift is ending?

Sometimes. You know that stereotypical janitor that’s jamming too hard while someone is sneaking through the building? I feel like that guy sometimes, and have to look behind me to make sure no one is sneaking around.

I’m not sure if romance would be the right word. More like I get a certain sense of schadenfreude.

Would you recommend your work to someone who spent the previous half of their life doing science, but got tired of the stress?

This job has its own stresses, but at the end of the day it’s honest manual labor. There’s something relaxing about just zoning out and letting your body do the work instead of your mind. So, I guess in a way yeah. I would recommend it to someone in that situation.

May I call you Doctor?

Are you happy with your job?

Absolutely. Low-stress minus the obvious, good benefits, good pay. The university treats their staff well. If I’m there for 35 years I can retire with full benefits and pension. I stay out of the drama, gossip, and politics. That’s where jobs start to suck.

Do you get a sense of satisfaction from it?

Yes and no. At the end of the day you sit down knowing you made the place look good, but at the same time you know that you’ll just come in and do the same thing tomorrow.

I’ve been lucky enough for the students and staff in my building to realize how hard we work. So some days we’ll come in to a few pizzas and a thank you note attached. Those are the good days.

Your supervisor, (maybe not your immediate, but the first guy in the chain that actually never touches a broom) does he get super involved in managing day to day stuff, or does he just trust you guys to know your job and get it done? Also, is he someone with experience doing the job, or just someone with management type skills?

My boss’ boss is in charge of all Operations (fancy word for Janitors) in the building. One night we were redoing the floors during Summer Break. I work third shift, so my day started at 10P and ends at 6A. Anyway, he comes in in blue jeans and sneakers, gets shoulder to shoulder with us, and helps. He didn’t even have to. He earned my respect that day. Most bosses won’t do that, but he did. That means a lot to me.

Does being a janitor at a university pay better/worse than say a high school or a large corporate office building?

I honestly couldn’t tell you. The pay is decent, and we get regular raises because of the union. I don’t know how other businesses handle their custodial staff.

If someone else has an answer for this, I’d love to know as well.

Do people draw things with shit in your stalls? 2nd graders do… Just wondering how far it goes..

Only one time. Someone wrote EAT SHIT AND DIE on the wall. At least they had a sense of irony.

“Janitor” is not the best title, may I suggest: http://youtube.com/watch?v=lxD8SLyOCHE

A janitor cleans, a custodian does maintenance on top of cleaning. Due to weird bureaucratic jabberwocky, we’re not allowed to fix things. Hence, I’m a janitor. 🙂

My TECHNICAL title is Building and Grounds Assistant. But who wants to be called that?

I guess that reply falls into the category of “being a dick about it”. Let me get you an Abba Zabba.

How many hypodermics do you pick up in a weekend?

I’ve been lucky enough to only encounter one in the three years I’ve worked there. We’re trained to not carry trash bags close to our bodies because needles might be in there.

What is the most awkwArd situation you’ve seen/cleaned up after?

Someone was running on the treadmills and shit themselves. Little rabbit pellets. The pellets would hit the treadmill and propel behind them. Naturally this person was kicked out of the Rec. Most of the pellets were cleaned up, except for two. Day shift put a wet floor sign over them.

I take it you didn’t like cleaning up after that. Does the Rec get pretty gross?

Sometimes, yeah. Students will eat meals, then work out too much and throw up. There are times when someone will get a nosebleed or something while playing basketball, and that’s a whole clusterfuck because we’re supposed to take proper precautions. You know the scene in Monsters Inc where they’re isolating and dealing with the sock when it comes into the monster world? That’s us with blood.

I can’t blame them though; our school has a 20% STI infection rate. Wrap it before you tap it, folks!

Have you ever witnessed or heard of sexual acts between teachers/professors, Inside or outside of the school?

Nope. Even if I did, sticking my nose into it is not worth my job.