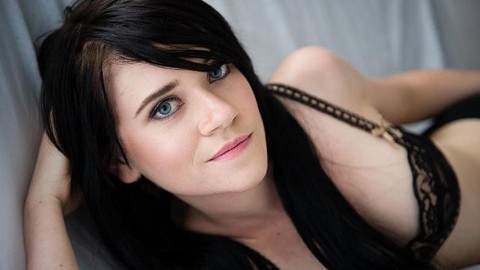 And I’m back! Thanks to everyone who wrote to me whilst I was away, I’ll try and answer as many of your questions as I can!

You can find me on websites such as AussieAss, Pinupland, GirlsOutWest, Bright Desire, MileyWhite.com and coming soon to PureXXX, Fake Taxi, TelevisionX, HoXXXton and Pure CFNM. 2015 will also see the launch of my own content site, TheBeeHiveXXX. More details about me can be found on my website:(www.luciebee.com)

Besides my career in the Adult Industry, in my down time I attend a number of kink, fetish and adult events, workshops and parties. I’m also a shameless geek – I love gaming (both board games and console/PC stuff), comics and cosplay. I regularly attend conventions and expos throughout Australia. This year I’ve got some awesome cosplays planned – mostly gaming characters.

Have you ever ended up dating someone who hired you as an escort?

What do you think of the Australian Sex Party?

I’m a big Fiona Patten fan. I think the ASP is doing an amazing job of bringing up the issues that no one else wants to acknowledge or talk about. So, basically similar to what the Greens used to do in it’s early days.
I’m a big fan of their policies regarding religion, sex education and their support of the sex industry. A lot of people seem to think the name trivialises things, but at the end of the day, it gets attention. And that’s pretty vital.

Definitely Kim Cummms in Australia. Internationally? Stoya. And if I was lucky enough to work with either I think I’d fangirl out O.O

If you were to watch your first ever video now. What would you say about it, do you cringe at any beginner mistakes or anything?

I’d probably cringe a little. I was so, so new to that side of things. But I shot with amazing people who really took care of me – in more ways than one XD. The first scene I ever shot was with AussieAss – they’re just an amazing team of people. It was probably the best first time a performer could have. But I’m also a total dork, so some of the dialogue…FACEPALM XD

Ryan, what can I say. He’s a pretty top bloke. And he knows how to use his man junk.

What’s your grandmother’s favorite video of yours?

What games do you play?

Right now I’m finishing Borderlands the Pre Sequel. I love Mortral Kombat, Far Cry (I just finished the latest), Destiny and Mass Effect. I’m reeeeeaaally looking forward to the new Saints Row and Arkham Knight. On PC, I sort of have a play around on what’s available through Steam. Anything by Telltale is great. I also really love SWTOR – I’m more of Star Wars fan now than I ever was.

How do you feel about the voice acting in Borderlands Pre Sequel?

I’ve got no complaints… Though I don’t think I’ll get the words ‘Son of a taint’ out of my head anytime soon.

Have you played the Knights of the Old Republic games or Dragon Age too? And who did you romance in ME?

I haven’t played Knights of the Old Republic, but I definitely want to. The same goes for Dragon Age. I’m not sure why I’ve not jumped on the bandwagon yet…
I romanced Male Shep and Liara in ME1, but switched things up when I started ME2. I started fresh and played Fem Shep and then it was her and Garrus for me…I ship it. Hard.

If you could work with OG Mudbone or The Mandingo which one would you choose?

The Mandingo. I think he’d be a lot of…fun.

Do you always get priority to the pool bar at Ivy?

I don’t get priority, but I go up there a lot. It’s not hard, you just go and wait for a lift… and they frown upon people just having sex out there.

Is Stiletto the best brothel in Sydney?

I’m not sure…I’ve not visited any brothels in Sydney!

The websites called FAKETaxi. But yes. It’s a crazy coincidence. Almost as crazy as that Agent I did an interview with.

How can I better prepare for sticking things up my ass? Lube or spackling?

Well I sure as hell wouldn’t recommend spackling. Lube is probably your best bet. Pjur have some fantastic options.

Have you always been free sexually?

I’ve always been fairly liberal, but not until I was in my late teens did I really become comfortable and confident in myself sexually.

How do you explain to your family that you’re in the adult film industry, and how did they react?

It does and it doesn’t. But to be fair, it it’s going to be that big a deal to someone, then they’re not necessarily someone I want in my life.

I don’t have a favourite. It really doesn’t matter. It’s about using what you’ve got. I don’t discriminate when it comes to penis size.
I’m actually totally cool with facials. But I prefer people letting loose on my boobs. It’s a sensation thing.

What’s your favorite brand of makeup?

NARS is great! I’m a big Urban Decay fan. I used to use a lot of Mac, but I really enjoy Rimmell London for day to day stuff.

Any idea how to clean dried-in spunk from off of a plasma screen?

A wet wipe. And a micro-fibre cloth.

What is your favourite TV Show?

If I come to Australia, can we do things and stuff together?

You can certainly make a booking!

I’ve not had the luxury of spending time there, but New York is somewhere I’m rather keen to get to. I love hotdogs _^ Lashings of onion and mustard.