Staff Sargent with OSS in WWII 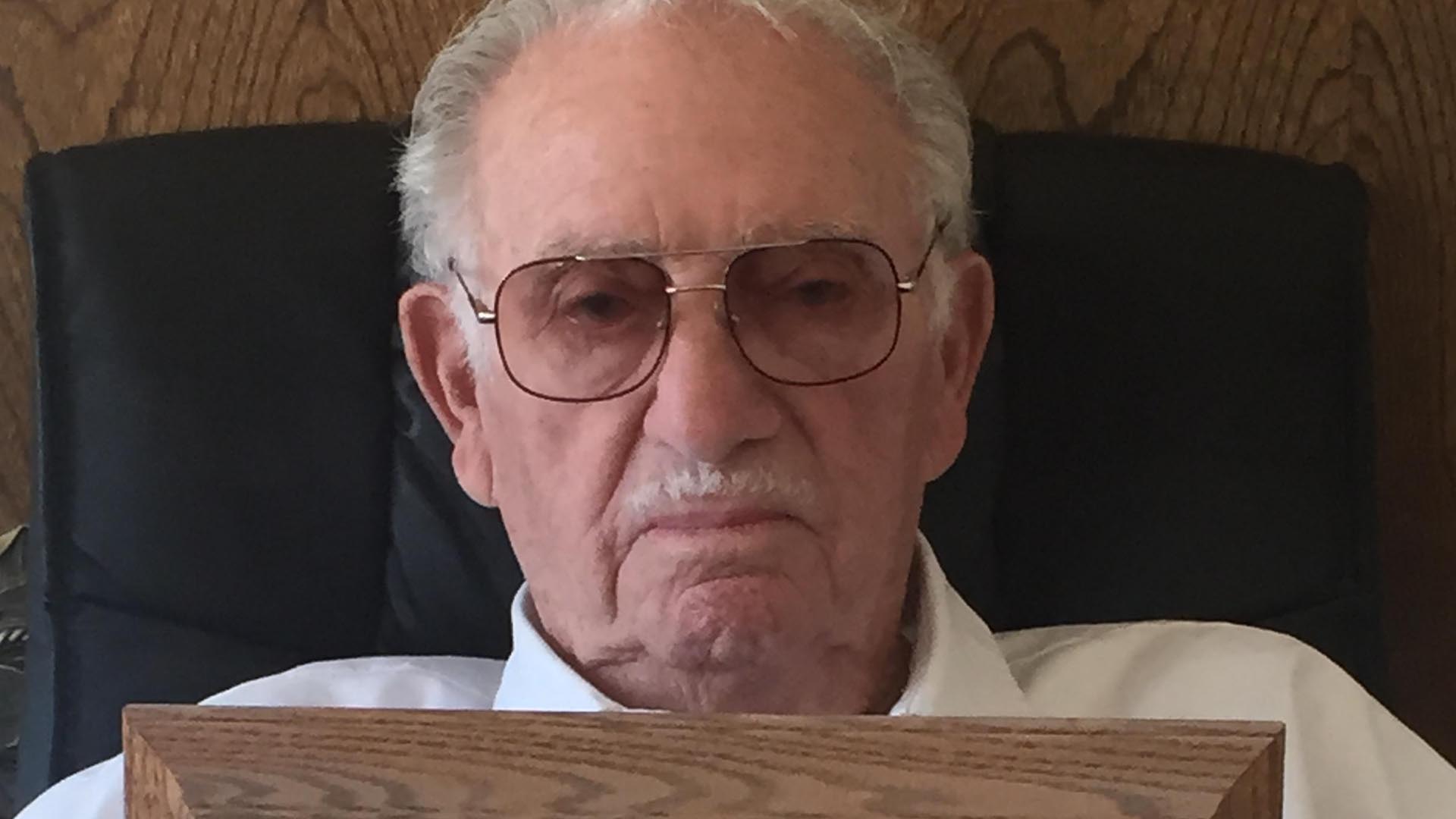 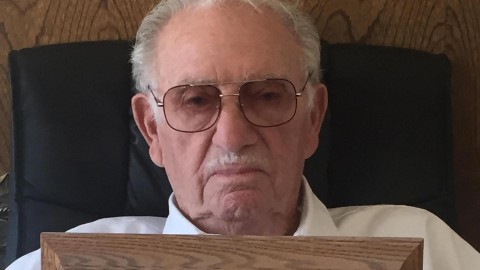 I was sworn to secrecy for 65 years and can finally talk about my life as an OSS agent. I’ve seen it all from behind the enemy line

Here is a link to my book. I wrote it, not a ghost writer. I plan on writing more.
65 Years of Secrecy by John Cardinalli Link: http://amzn.com/B00ODQ82OS

What was the reasoning behind such a long period of secrecy? Was it of a predetermined length (i.e. they decided in the 1940s that you couldn’t speak about it for 65 years), or was it decided after 65 years that it was safe for you to talk about it?

What is the scariest thing you have witnessed or have been a part of?

Battle of the Bulge. Our team completely split up, by ourselves, with just radios to communicate. Everyone was completely on their own for 2 days.

What was the most significant piece of evidence you discovered and how did it help your cause?

A lot of evidence, that was my job. I also confiscated a few items. When we raided one of the colonel’s houses part of Gestapo. Here is a picture of one of the items I confiscated. It was made by the same gun maker who made guns for Napoleon LePage. Here is a picture, you can see the handle is ivory, hence the yellow coloring from all these years. It has the serial number, crown marking, etc.
Imgur Imgur Imgur

Did you ever have the opportunity to, more lightheartedly, mess with the guys you were against? Like playing pranks or inconveniencing them just to get under their skin?

One of my team members needed a hair cut and I told him I was the best Italian Barber in the military. I never cut hair in my life. I cut his and he looked like a dog with mange. He literally almost shot me. Imgur

What did you do following the war, when you returned home?

I became a very successful painting contractor and home developer in Hollister, CA.

Did you ever meet wild bill Donovan?

I met Bill Donovan in Washington DC when we were sworn into the OSS.

How did you get into the oss?

I got into the OSS while in the infantry in North Carolina and I saw a sign that said “Men Wanted for Hazardous Duty, Need to know Morse Code, and must speak a Foreign Language, which I am fluent in Italian”. There is more to the story of how I actually was accepted, it is all in my book. I am not trying to push my book, but it has everything in there. It is available on Amazon “65 Years of Secrecy by John Cardinalli”

What theaters were you involved in? And what beach did you land on at Normandy?

What would be your advice to the new generation?

If one was going to join the military, go into intelligence.

Did it take 65 years to declassify your operations?

They declassified my missions in 2008 by FBI and CIA.

What are your thoughts on our current military appose to when you were in? Whats the biggest difference? Do you think its softened up since you were in?

The old days I feel we were much sharper then. We had less technology, but produced similar results.

Yes, of course… I shit my pants a few times.

Are you married and do you have any children?

Yes. I was married for 70 years, my wife recently passed. We met in Monterey, CA. She worked on cannery row and I was a commercial fisherman before the war. I have two children, 4 grand children, 8 great grand children.

What was your role exactly? And can you give us an example of what you did?

My role was an agent behind enemy lines collecting information and radio back to allied forces. I was a master at Morse Code, which is how most of our communication was done.

I worked with a small team that were grouped in twos. The code name who was in charge of all these teams was named “The Dutchman”. There is a lot to this, but basically, but the groups all had a task and a name. For example, we had a “married couple” named jack and jill. Yes, I was in Holland and spent a lot of time hiding in windmills which were strategically chosen along Rhine River.

Did you loose any good friends in the war? And if so, did that make you reconsider if it was all worth it, going to Europe?

Yes, Katja, who was Polish, I was in charge of her. She was part of our team to get “friendly” with the German Officers. She was killed behind enemy lines, she drove over a mine.

What is your favorite movie?

What countries did you work in?

The countries I worked in are France, Belgium, Holland, and Germany.

As a Signals guy, what did you think of the equipment you were issued? What was great, what was a good idea but never really worked?

The equipment I was issued was a .45 as seen as the picture I provied. A Fariburn/Sykes knife “Dagger”. It was giving to me by William Fariburn, he was as a master as a gutter fighter – hand to hand combat – I was trained by him directly and gave me the knife. Medical kit which had cyanide, which of course I never used.

You actually got your knife from fairburn? That’s insane. What was it like training under him? Do you still have the knife?

Yes, the training was intense. I still have the knife, I posted the picture. Imgur

I forgot to add that when trying to disarm him, he cut me bad across my right hand. But, I passed his training.

What was the most morbid thing you witnessed? How did it affect you?