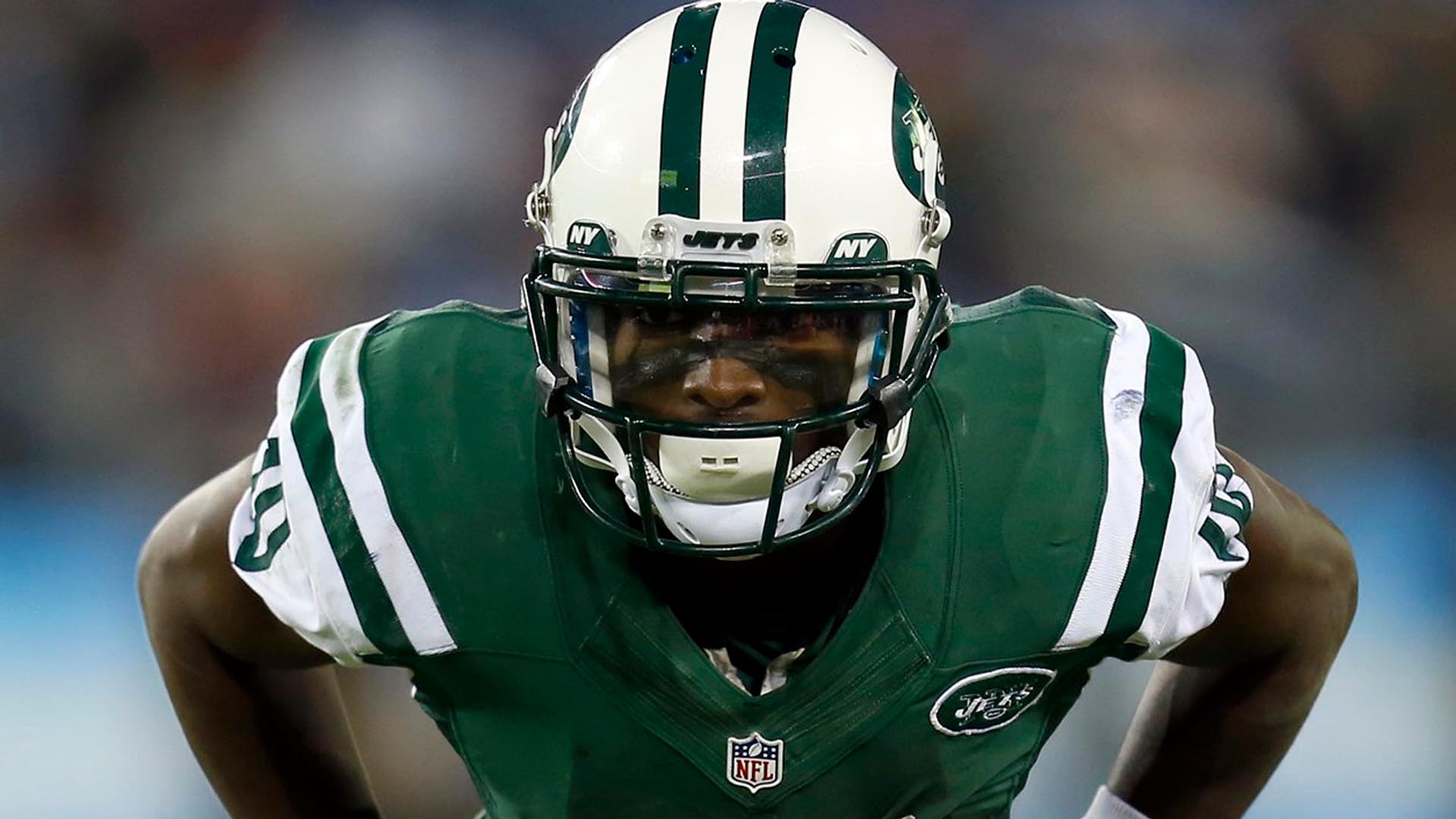 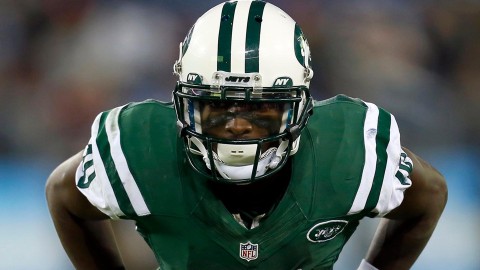 I am NFL wide receiver for the New York Jets T.J. Graham, AMA.

I enjoy working out and running, and I’m sponsored by Fitstrong Supplements which helps me with my training.

I’m looking forward to your questions and sharing with you how to train for an NFL season like me. Victoria’s helping me get started, AMA.

Well guys I’m at a charity golf tournament for the Give the Kids Hope Foundation, and I’m using a friend’s phone, so I have to go but I hope to come back soon and answer more questions. But I really appreciate the support of the fans. Thank you guys and I’ll do this again soon!

First of all, loved seeing you play for State (go pack!) I’ve always wondered seeing players around campus, what would you do if you weren’t in the NFL right now? Where would you be working?

I’m very well-rounded so I don’t know where it would take me, but I’d probably look to get into coaching at this point – being the son of a coach, it’s just in my blood to coach, it’s just very easy.

What’s your take on Deflategate? Was the punishment appropriate for the Patriots and Brady?

You know, anytime you play the game, you push the limits, and anytime that you push a pass, things happen, but those types of things happen when you break the rules, and that goes back to grade school – there are rules and punishments happen. There’s a lot that goes into football, and you can try to push the envelope to get a competitive edge, and there’s a point where things are taken too far.

Who do you feel are your toughest opponents?

I’d have to say the New England Patriots. They’re the toughest ones, because the system they have, they just have an attitude over there that’s a bit different than everyone else. A no-nonsense attitude, I’d call it. But you have to have fun sometimes.

Did you ever race Goodwin? Who’s faster?

Ooh. We’re actually best friends. So we were neighbors and everything in Buffalo, and we never raced, because to be honest, it didn’t matter because we were on the same team, so we helped each other regardless. Track times, we’d be very close. I’d race him if he wanted to race.

We miss you in Buffalo. Did it take long to adjust playing for a rival of your former team?

Having caught passes from E.J. and Wilson, what’s your opinion on E.J.? If you were still in Buffalo, would you have him take reps this season or would you prefer Cassel throwing your way?

You know, E.J’s a good quarterback. He just needs to find his groove and get going. And it’s hard for a rookie quarterback to come in and play his first year and make a big impact.

And if I were in Buffalo – I’d prefer the best quarterback for the team. Wouldn’t matter who it is. Go Pack!

What percent of NFL players would you say use cannabis, whether in-season or off-season?

A lot more than you think! But not I.

Thanks for the response. I would not be surprised if 75%+ were consumers. I am trying to do a piece on this, but it’s hard to get many people to openly speak up about it. Any advice?

Yeah, no one wants to put their job in jeopardy by talking about it, but you could probably do an anonymous piece with no names and you’d probably get more people.

What do you remember about this play?

It’s a trick play that didn’t work! It happens – it’s either gonna work, or not going to work!

Do you think dogs will ever be able to talk like humans?

Yes, but humans won’t be around for that.

Dogs will be boss, same as every other animal.

TJ always thought Marrone gave up on you too early and misused you like crazy. Did you ever get discouraged with all those 9 routes? When most of us could see that you’re a YAC WR and needing more crossing routes and slants.

Im a wr of many talents but some times you have to adjust what the team needs. I am naturally a yac WR.

Who would you say are the top five receivers in the league?

Okay, man! That’s a tough one, cuz I love football.

I know he’s a Patriot, but I really like Julian Edelman. He’s really scrappy.

Demaryius Thomas… Odell Beckham Jr… and the other two are on my team! Eric Decker and Brandon Marshall.

What is the best and the worst thing about playing in the NFL?

The best thing would just be the competition! You’re playing at the highest level of football. And it’s fans, it’s the excitement of it all, it’s just fulfilling to know you’re one of the best of the best at something.

The worst is the public image of a typical NFL lifestyle or NFL football player. Because it’s not like Hollywood for us, like people think it is. We make a lot of money, but it’s gotta last for a long time. You can’t live like a king, for life. And it hurts your body, too, your body really hurts.

Do you like FIFA or Madden better? Which teams do you use?

I’d say FIFA because it allows me the chance to escape from my daily routine. Madden gets me into my gamer, actually Sunday mode WAY too easily, haha! So I don’t like it as much. It’s a different mindset to me.

Are you looking forward to the London game? What’s your main concern (weather/jet lag/ground condition)?

Who was your favorite player when you were growing up?

My dad was a Cowboys fan growing up, so we watched a lot of Cowboys games in our house. So I started out as a running back, so I really liked Emmett Smith.

When did you realize you were good enough to play professionally?

My dad’s always said I had the ability since I was probably 14. But me personally, I was questioning myself until I was a sophomore or junior in college. And then I realized how good I was, compared to guys in the NFL.

Who is your biggest inspiration?

I’d say it would be my dad. My dad is a professional track coach, and he’s been there to give me wisdom, discipline, laughter, everything. And a lot of things i do now is to model after how he did things.

It had to be the one where he’s wearing all the pink on the front?

And I played in a celebrity basketball game with him. He’s very good at basketball.

If you had to pick between winning the Super Bowl or making the Hall of Fame, which would you choose and why?

Ooh, you know, it’s very hard to pick between a personal accomplishment and a team accomplishment. But I’d rather win a Super Bowl. Because being in the Hall of Fame is an individual award, but winning with your teammates, that’s like really, really priceless. That’s something you can talk about forever.

Do you feel in charge?

In life? Is that what you’re asking? Yes, I’m a Leo, so I always feel like I’m a leader and always trying to feel like the boss.

Since you entered the NFL, which defensive back has given you the hardest time?

What’s your honest opinion of Geno Smith as the quarterback of your team?

He’s great. I mean, he just needed to find the right offensive system that fits him. And I think we’ve found it.

How is Gailey’s approach to offense compared to Marty’s?

he is a lot more understanding of each players strengths and uses them to best of their ability in his offense. way better fit for the jets.

How many calories do you eat on a rest day and training day? How many grams of protein, carbs and fat?

Oooh, that’s a good question. So I usually try and consume at least 30-40 grams of protein, and basically calorie counting – I don’t count calories, because I’m a small guy, so I try to get in as many calories post-workout as possible, because my metabolism burns up twice as much as a regular person in a workout. So I try to eat as healthy as I can while consuming a lot of calories.

How stressful is cut day for a good player?

Stressful for ANY player. I’d compare it to if you had a day at your job where there were going to be people laid off. It’s similar to that. You don’t know who it is, or when it is. You just go with the flow.

What would you consider to be the most memorable game of your college career at NC State?

What do you think you’re role will be with Decker and Marshall being the top targets on the team? What do you think the offense needs to be one of the top of the league and maybe carry the team to the Super Bowl?

Just consistency, you know? We need to be consistent, and execute first downs, in the red zone.

What is your most memorable catch?

Mmm. Probably my first touchdown. It was against the Cleveland Browns my rookie season.

Will your Jets win the Super Bowl this season?

In the event of a zombie apocalypse, what’s your strategy for survival?

People are turning away from football like no time in the twentieth century. At one time football was really the defacto American sport. Now people are genuinely discussing the decline of football to a regional semipro club activity. How do you and your teammates feel about the issues; concussions, abuse, murder, deceit, greed, that have brought the sport to this place?

I would say it’s not because of football that it’s in decline, it’s because of the availability of media. I would say that all of those things – greed, violence, and injuries – are a part of every job. It’s just our job is very scrutinized in the media, and now that the media is everywhere, from Twitter to Instagram to Channel 9 news, our business is out a lot easier and it’s more interesting to hear about one of us getting in trouble than a local employee at McDonald’s.